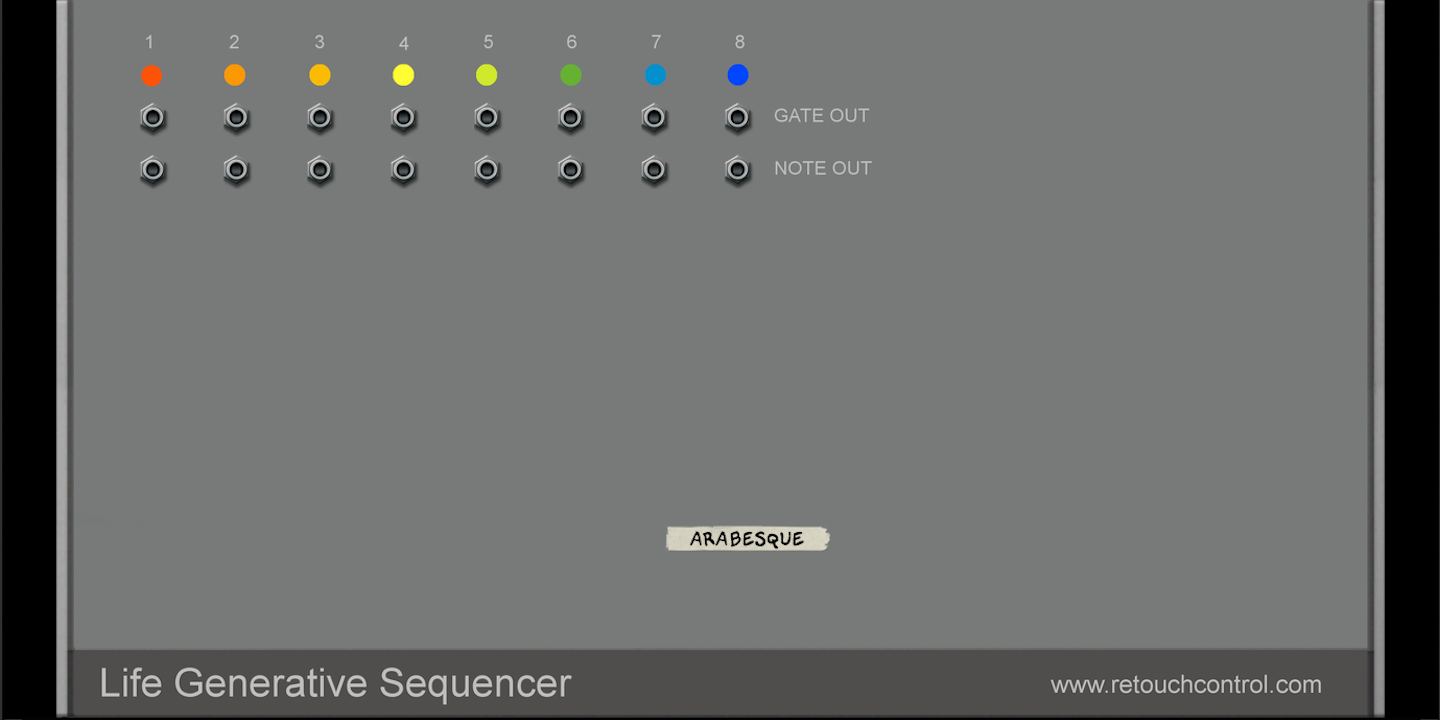 Life is a generative sequencer player based on John Conway’s famous “Game of Life” cellular automaton. Its versatile architecture makes it suitable for a variety of applications, such as drum sequencer, melodic sequencer or arpeggiator.

The central display with its 32x32 dot matrix is where the game is played. Create a seed cell configuration, then press play and watch the cells evolve. As they move across the dot matrix, they trigger the output channels and generate notes.

Once you have something playing, there are several options to modify the sequence. First, you can morph the dot matrix using the x, y and z controls (which can be randomized). Second, you can customize the notes assigned to each channel, set a trigger probability and velocity with some amount of velocity variation. Third, you have control over the sequencer parameters, including the number of steps, the step offset, the rate, the amount of swing, the density of the notes produced and the overall trigger probability.

All these parameters can be stored inside 8 Variations with instant recall of your settings.

The factory patches include a folder named “Pattern Library” with many interesting seed cell configurations. Additionally, it is possible to insert “pre-made” configurations known as “oscillators” from a contextual menu. When you want to create your own configurations, there is a complete suite of editing tools at your disposal. You can easily select, copy/paste, shift, rotate and flip cells.

Lastly, the player has an External MIDI mode which allows it to receive notes from an external input, for example another player, a midi clip or keyboard. This is where the device shines as a very capable arpeggiator which can generate interesting sequences with minimum effort.