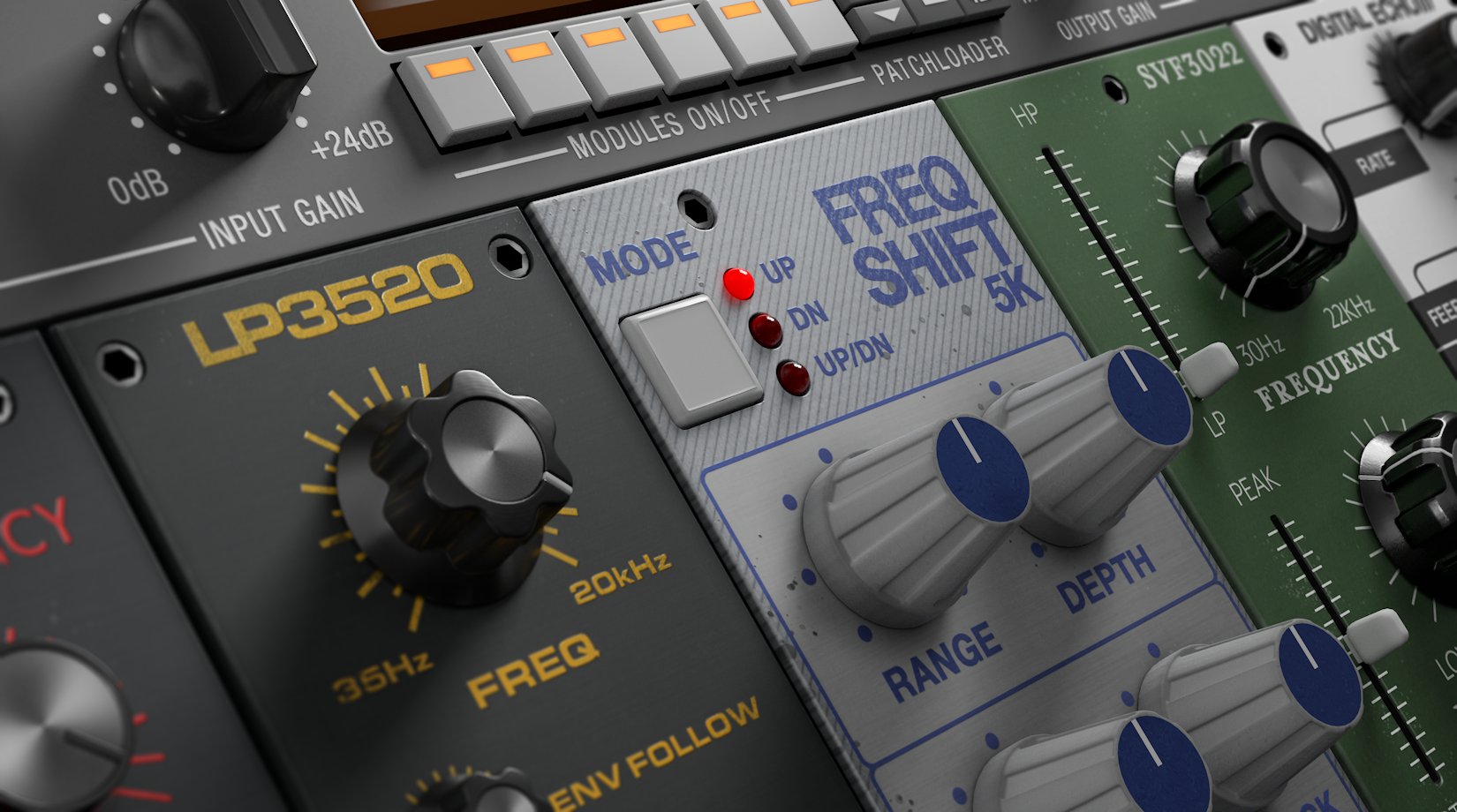 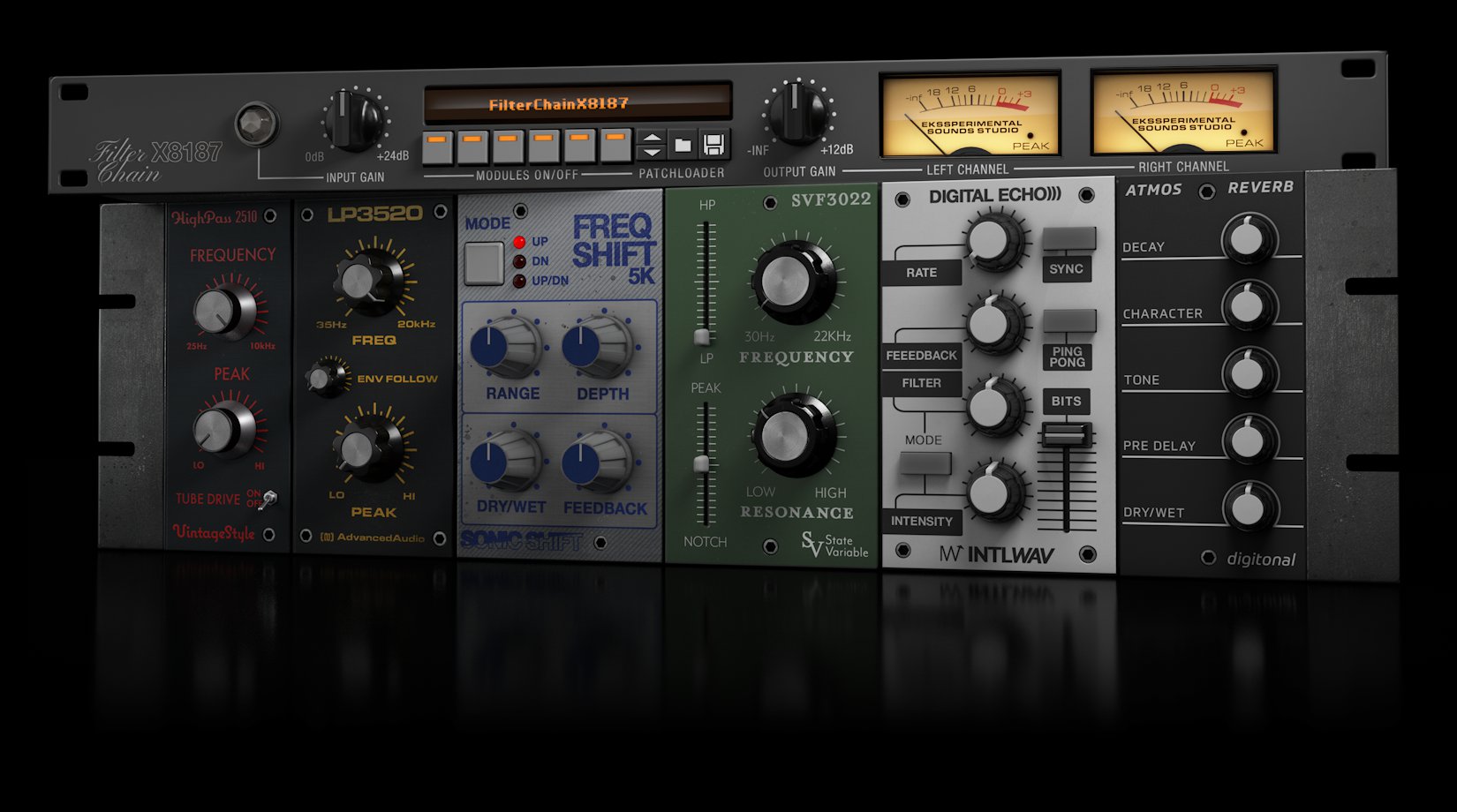 Experimental 84HP, 3U Multi Effect and 1U Patchloader module

HighPass 2510
Cuts frequencies from 25Hz up to 10KHz. Comes with built in tube drive for juicy analog overtones. Frequency cut off can be modulated by the CV input jack on the back panel.

FreqShift 5K
Shift frequencies inharmonically by Hertz either up, down or both (stereo). Range and Depth can be modulated by the jacks on the back panel. Direct in- and outputs for independent use or alternative routing.

SVF3022
State Variable Filter - slide seamlessly between LP/HP and Notch/Peak with the sliders. Adjust cut off frequency and resonance with the two knobs. Frequency cut off can also be modulated with CV via the jack on the back panel. Built in tube overdrive for heavy saturation.

ATMOS REVERB
Digital reverb - a mix of convolution technology and modelling. Sweep seamlessly between character from metallic to airy. Audio in- and outputs for alternative routing and independent usage.

PATCHLOADER
Save and load patches for future usage.
Input stage with transistor drive and level indicator, output with stereo level meters.
Modules can be switched on or off (bypassed) with the six buttons below the display.