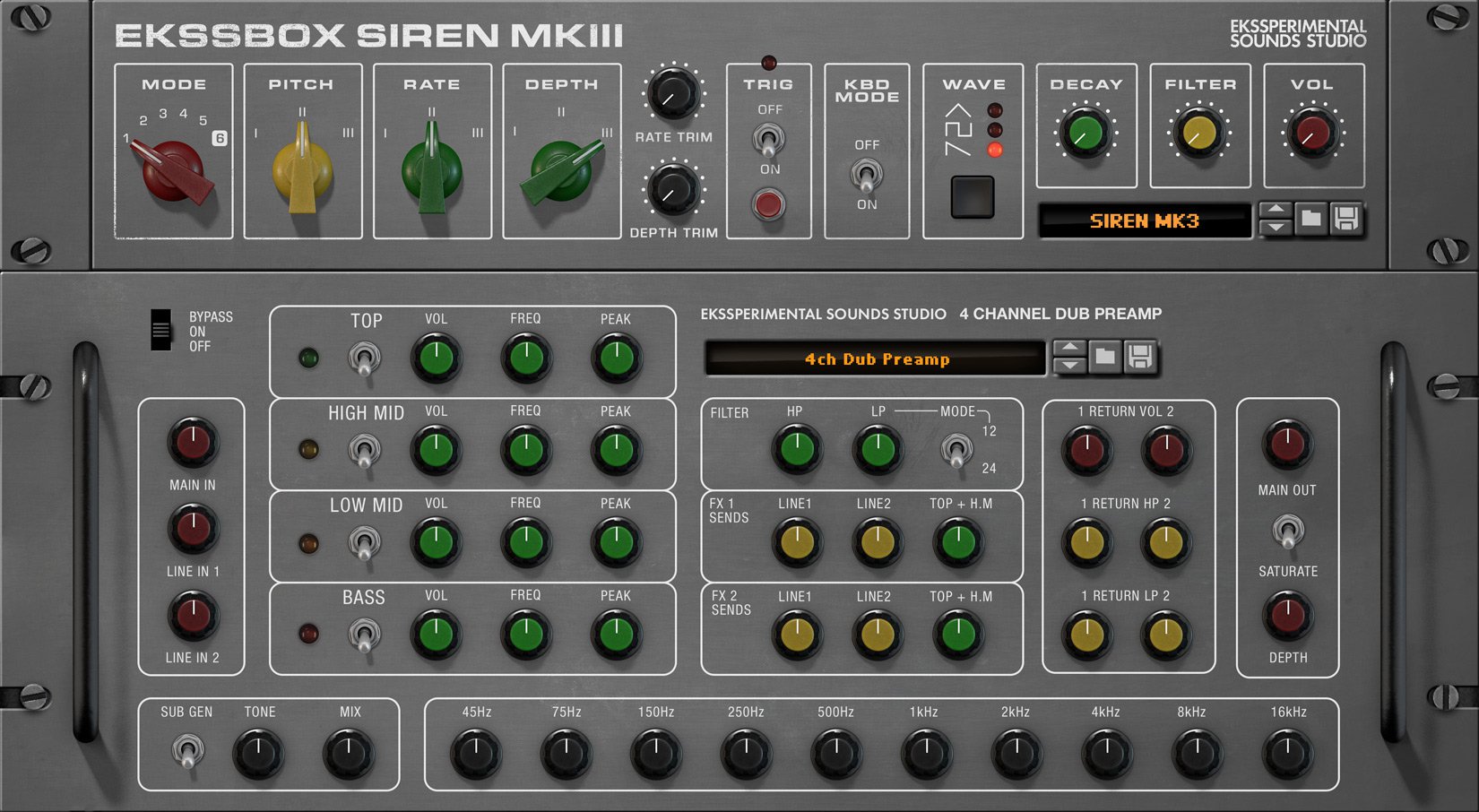 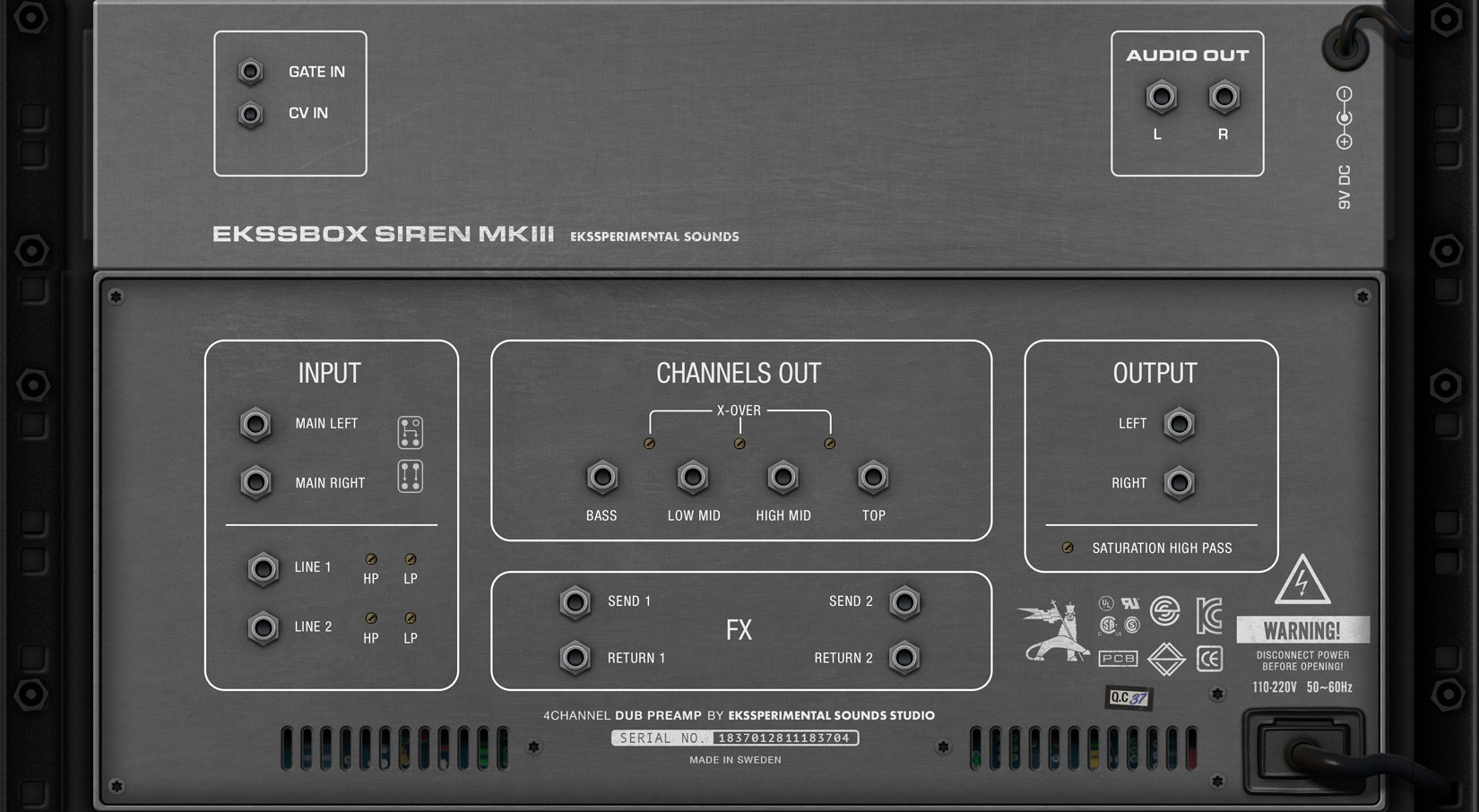 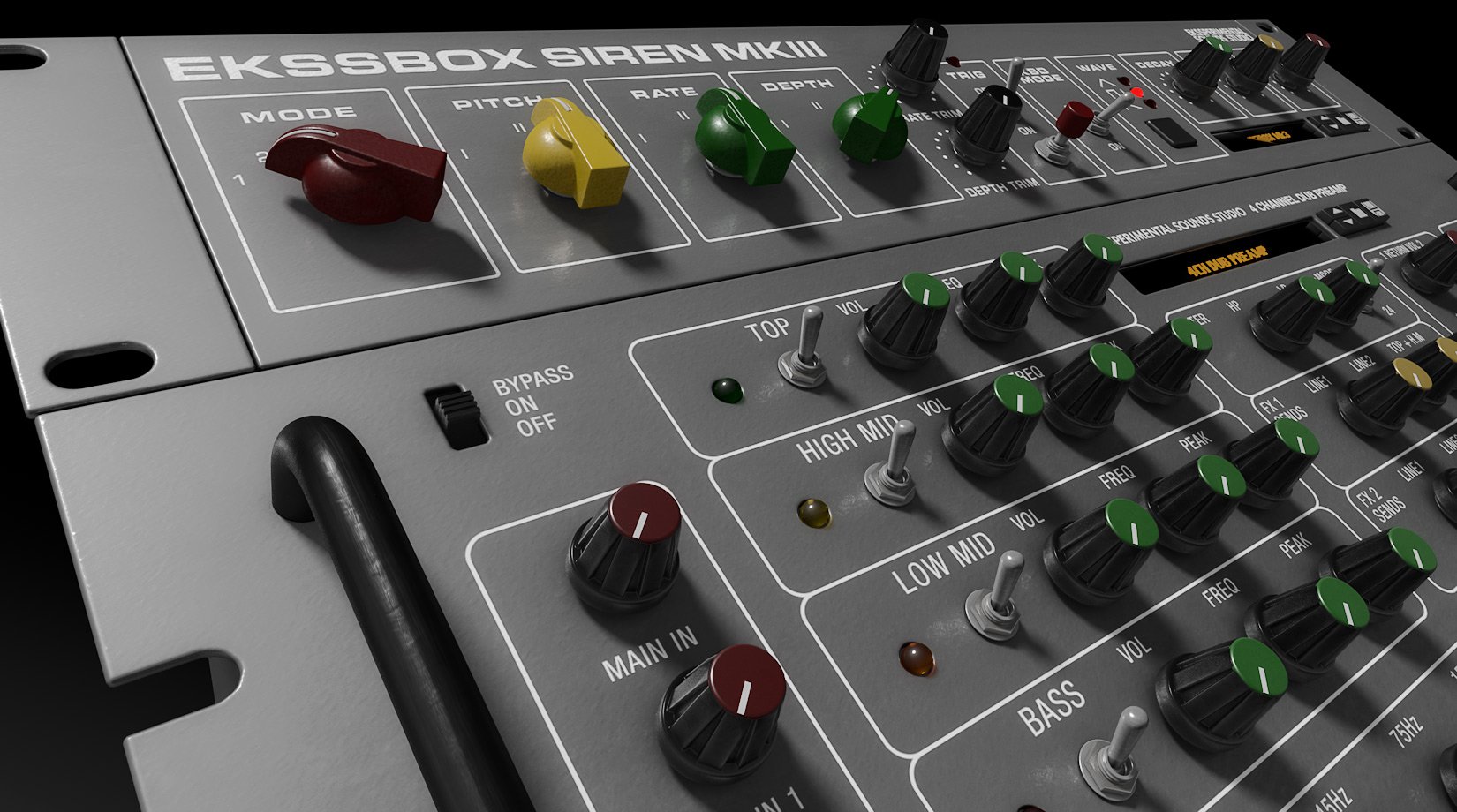 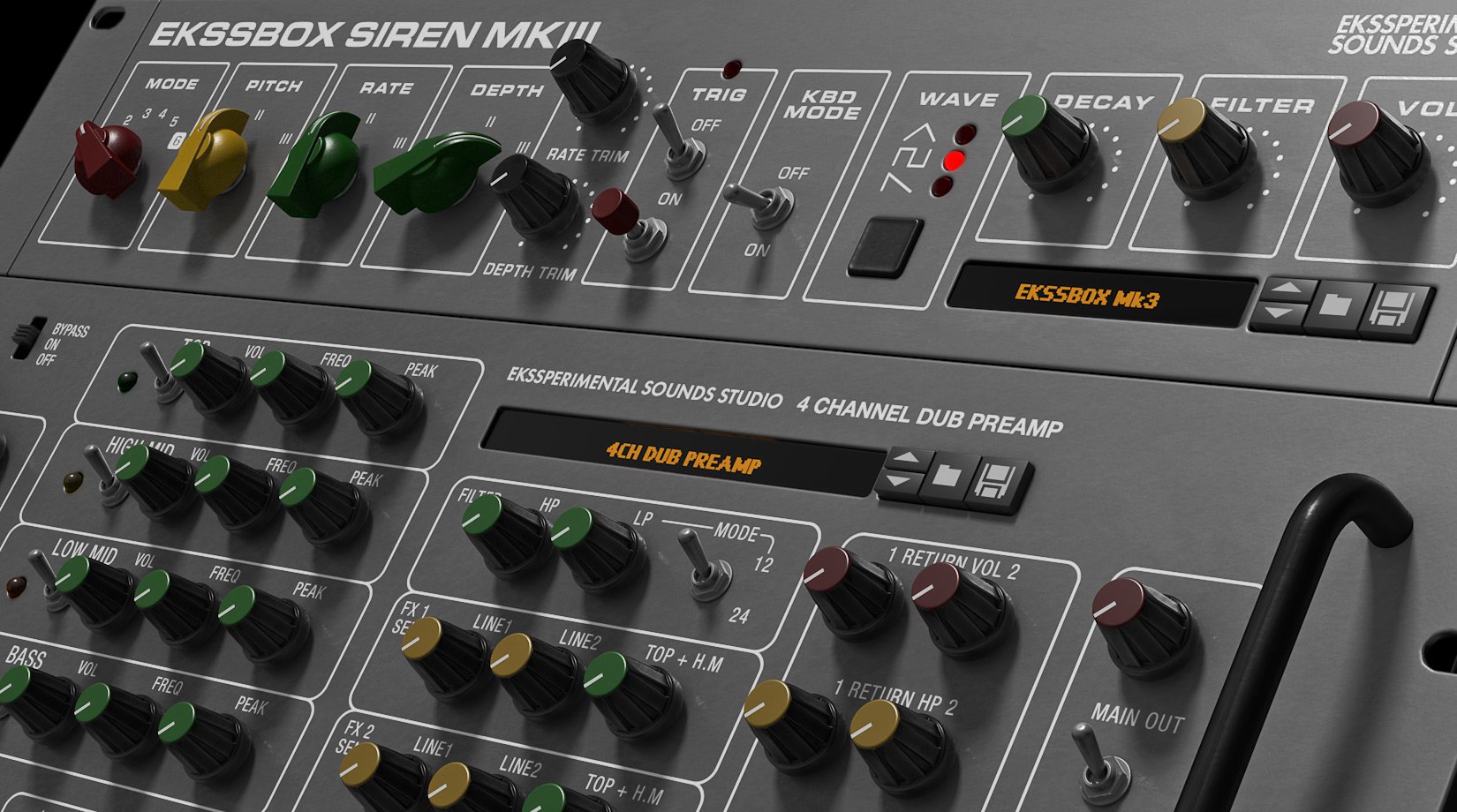 Roots reggae and dub sound systems traditionally use a custom built preamp to control the music coming out of their huge stacks of speaker boxes. These devices are pretty rare and expensive to get hold of - this is why Ekssperimental Sounds developed the 4 Channel Dub Preamp - a software version for use in the Reason rack. It comes with the traditional kill switches for each channel (Bass, Low mid, High mid and Top), filters and volume of each channel, a 10 band graphic master equalizer and a filter circuit for cutting and/or sweeping effects.

With the two line in connections you can connect sirens and other sound effects and with the two sends and returns you can hook up effects like echos and reverb. The 4 Channel Dub Preamp also features a Sub generator, for those old roots tunes that lack bottom end, and a saturator circuit for adding grit and power to the signal. Use it lightly for a slight boost or aggressively for sound tape like distortion. Each channel has its own individual output - so you can connect it to the sound interface different outputs and further on to the sub/mid/top power amplifiers or your sound system.

The crossover frequencies can be set by trimmers on the back panel for the ultimate channel separation for your sound system. Even if it’s designed primarily for sound system use the 4 Channel Dub Preamp can be used on anything in your Reason rack. Hook it up to a guitar and add some sub bass and saturation, to a drum bus for some heavy sound sculpting or the master for some unique character!

The bundle include the EKSSBOX Siren Mk3 which combines set states inspired by the classic NJD siren with trimmers for rate and depth. It has a wave selector for choosing between Saw, Square and Triangular oscillator waveforms. It can be triggered by either the momentary action button, the trigger switch or by keyboard.

Included in this bundle