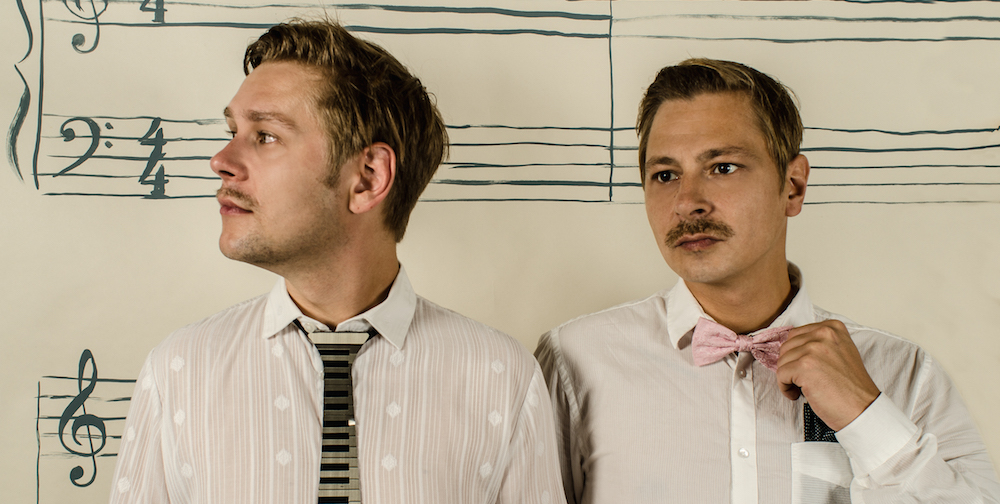 Meet Feliks Thielemann and Mathias Schwarz – together they are the German minimal outfit Super Flu.

How do you use Reason in your music making? Do you have any examples of where you've used it?

We use a lot of the old synths and effects, also the new daw’s, but everything is actually running on Reason. It is our main and pretty much only software, so if you want an example of a production we have done with Reason, well, you basically can listen to any of our tracks. They are all produced with the software without exception. We are simply with Reason from version 1 and we have grown up with you guys together, to be honest.

What’s your best music making tips for someone that is just starting out?

It is not only about the gear that you have in your studio or all the options you could imagine, it is all about the ideas you have in your head. Do not get distracted, checking out what is left and right of you. Do not copy or compare. Just do what you actually find interesting and have the passion for.

When do you start a new song, what’s the very first thing you do?

Trying to find an idea which is good enough to fill up a whole track. The idea can come from a sound, a melody, a drum loop or from one of our numerous live sessions.

Your music is filled to the brim with quirky, almost organic sounds. Do you do a lot of sampling?

Yes, actually quite a lot. We worked for many years with samples until we could finally afford to buy the right synthesisers. We are still jamming a lot and sampling the sounds. We also quite often record sounds in their natural environment. For example, we were recently at a scrapyard in our town, where we recorded some sounds.

Super Flu is not one, but two people. How do you go about collaborating?

Over the years we have gotten to know each other so well, so we know each other’s strengths and weaknesses and know how we can make good use of them. Felix has classical music education, so he is the nerdy one spending nights at a time at the studio, whereas Mathias is the one who has a very good feeling for the tracks selection… But we actually have a big circle of music friends and we all try to support each other. For example, last year for our concert with the Dortmund Philharmonics one of our good friends lent us his two musical hands and performed with us on stage.

Best musical memory? Any moment in your music making career that sticks out?

Actually the concert in Dortmund that we just mentioned is one of these indescribable experiences in every respect you could imagine. We performed with more than 80 musicians on stage. It has always been a dream of ours to work together with all the arrangers, the conductor… Such an humbling experience! It was also very interesting to play in front of 1500 people who were listening very carefully to every sound that we produced and not to an alcohol buzzed audience. Just it is a crazy feeling. We do love the clubs and the festivals though, don’t get us wrong!

How do you know when you’re actually done with a track?

Actually we are never 100% ready with any of the tracks. You can get lost in the tiny details and build another modulation here or add an element somewhere which is heard just once in the whole track, but at some point it is also a matter of time.

What’s the hardest thing about making music, what do you struggle with the most?

Finding a good idea. Once you have it nailed, it is just a matter of powering through. The track composes itself somehow. The cool thing is that there is no recipe for a hit, everybody needs to come up with his own strategy.