Drum machines and hardware sequencers met a swift and gruesome death in the late 1990s when hardware samplers, sample players, workstation synths and computer based software sequencers put their predecessors out of their misery. 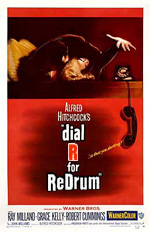 The new generation introduced a multitude of “human feel” elements, in stark contrast to the robot-like stiffness of the obsoleted thingamajigs. The goal – or so it would seem at the time – was to create the ultimate emulation of real instruments and real musicians. Hardware manufacturers spared no effort to ensure that their latest gadgetry offered superior realism, and software sequencer manufacturers were busy conjuring up extra relaxed quantization matrices, ‘natural groove’ algorithms, increasing the PPQN resolution – all to make sure that no two notes would sound exactly the same even if you tried.

Ironically, it didn’t take long before a retro wave sweeped the music world, and now all of a sudden people were toppling over each other and trading in their tooth fillings to get their hands on an old battered TR-909. The ‘human feel’ efforts of late now became an obstacle on the way to creating the perfect ‘robot feel’: fixed velocity, synthetic sounds and the joy of repetition. People were making dance music like crazy and it took several years for hardware synth manufacturers to shake off the idea that all musicians are dying to play fusion jazz.

It’s almost like poetic justice that it took cutting edge computer software to bring it back to the roots. Drawing inspiration from the Roland TR-series of the early eighties, Reason’s ReDrum Drum Computer pays tribute to the old school drum machines that you could always trust to offer a quirky programming method, rigid timing and harsh limitations – and in this part of Discovering Reason we will hand out a few tips and tricks that will help you play the ReDrum to your advantage!

Many favor the NN-XT sampler over ReDrum as the main drum device. While the NN-XT certainly has an impressive feature list, astounding flexibility and 16 separate outputs, ReDrum still offers a number of advantages:

The presence of Gate in- and outputs on the ReDrum opens up a number of control routing possibilities. Let’s try a couple of scenarios:

By connecting the Gate Out on one ReDrum channel to the Gate In on another channel on the same device, you can play two channels from one key. This of course allows you to link two or more sounds, but with the help of the Velocity controls you can simulate a velocity switch function. Just set the Velocity-to-Level controls to “opposite” values so that one sound decreases and one increases in volume the harder you hit the key. Here’s an example file featuring a ReDrum with linked channels and velocity switching: gate_velo_sw.rns

In this setup, channel 1 trigs channel 2 (two different bass drum samples), channel 3 trigs channels 4+5 (three different snare drum components) and channel 6 trigs channels 7+8+9 (four different hihat samples, ranging from soft/closed to hard/wide open). You can of course link as many channels as you like – there’s no shortage of cables in Reason – and if you run out of channels, just add another ReDrum unit to the chain.

You can also connect other devices than ReDrum to the Gate outputs. If you like the pattern programming approach and/or synth drums, try this: Create a number of synth devices (Malström/Subtractor) and load the drum patches you want. Then flip over to the back side of the rack and connect Gate Out from each channel to Sequencer Control Gate on the back of each synth. Of course, you can still load samples into the ‘puppetmaster’ ReDrum, which allows you to layer sampled sounds with the analog style sounds. Example: gate_ext.rns

(The track features some Mixer automation to showcase the two layers of sounds: Samples only / Synths only / Both / etc.)

Silence of the Mutes

(Author’s note: Yes, “Silence of the Flams” is a better title, but doesn’t make any sense.)

Each ReDrum channel has Mute and Solo buttons. And what’s even better, Mute and Solo on/off can be controlled from a MIDI keyboard through plain note messages. This allows for a fun way to program drums; You can stuff the pattern full of notes on all channels, and then “play” the Mutes from your MIDI keyboard so that only the notes you “let through” are heard. This is cool because it gives the drum track a random and chaotic feel reminiscent of the likes of Aphex Twin, Autechre and Squarepusher. Observe: crazy_mutes.rns

In the example track, there are three patterns playing all notes on all channels (1/4, 1/8T and 1/16 respectively), and flams on quite a few notes. It’s the Mutes that shape it into music…! This is a very bang-for-buck method of quickly creating something that sounds like it’s taken ages to program, when it’s in fact done on the fly in a couple of minutes. The result may also pleasantly surprise you, something which carefully calculated programming usually doesn’t.

(The channel Mutes are controlled by the C2 through E3 keys on your MIDI keyboard.)

ReDrum embodies the Reason approach – keeping it simple, encouraging experimentation and incorporating the best of both the hardware and the software domain. The tricks showcased here are just a starting point for your tweaking adventures – we supply the ammo, you make the kill!