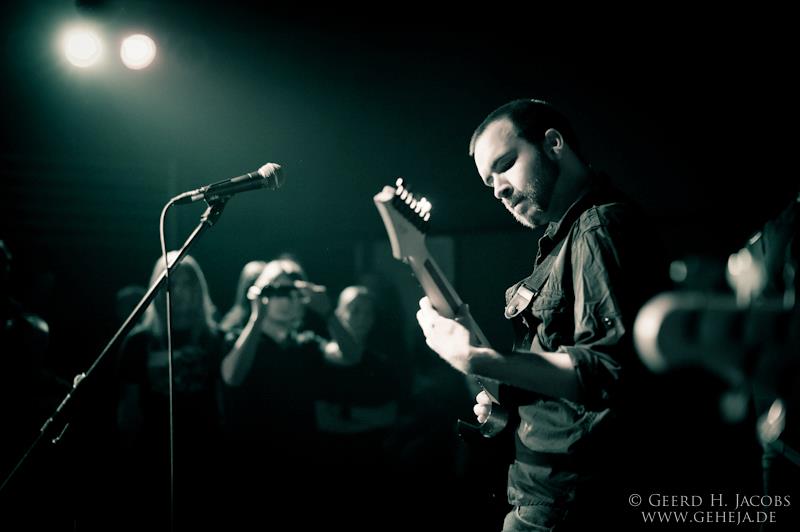 Paul Ortiz is a multi-instrumentalist, composer and producer from the UK. His solo instrumental project Chimp Spanner is widely considered to be at the core of the new wave of technical and progressive Metal, and has seen him tour Europe and North America. More recently his attention has turned to commercial sound design and library music composition for various clients across the world.

When you load up a brand new Reason song, what’s the very first thing you do?
I usually head straight for the device I've been using the least! There are so many great sound sources, it's easy to over-look them. Even with the stock devices there's still stuff to learn or new ways of using them to find. And that's not even counting  all the third party ones I have. So yeah, I pick the instrument that needs the most love.

How do you use Reason in your music making? Do you have any examples of where you've used it?
Virtually all of my library music and sound design work at the moment is Reason, including a series of Kontakt instruments for trailer composers I'm working on. And it appears throughout my Chimp Spanner material; generally wherever I need some kind of soundscape or ambience, or super modulated/evolving sounds, I go straight to Reason. But fingers crossed, you'll be hearing Reason in a few adverts and trailers in the near future!

What’s the hardest thing about making music, what do you struggle with the most?
Over-thinking things, whether it's the actual music or the mix; you can spend hours working on a song but without really writing/creating. Lately I'm trying to work faster and more spontaneously. If I have an idea I just get it down, save it, catalogue it. The moment I start to dwell on the idea and over-complicate it, the "spark" is gone. I've been finding Blocks to be super helpful in that regard because once a section is done I just move on, and work on the next without constantly going back and fiddling.

Being a guitar player, do you have any go-to guitar rig presets in Reason or special tricks on nailing "that" sound?
Pre-tone shaping is where it's at, especially for low tuned or heavy guitar tones. I like to cut the lower frequencies and boost the high mids to really tighten things up. Scream 4 is good for this, or Blamsoft's DC-9.

What's the best music making tip you ever got?
Many years ago, a guy on a forum whose name I completely forgot gave me some feedback on a song, and was talking about the concept of the uncanny in music; making the listener feel like they know the song, even if they're not sure why/how. It's about leaving little signposts and recurring motifs, rhythms and phrases throughout. That's how I try to approach my writing. I guess it makes it more accessible, but it also naturally leads to more depth because you're constantly finding ways to reference the song within itself through mimicry, variation, all sorts!

You do a bit of sound design as well. Tell us a bit about your process there!
I'm a very "visual" kind of person, so when I'm making a sound effect I try to imagine what's making the sound; what space it occupies, how big it is, how it's moving or what it's doing. I find it helps me make decisions as to where to place emphasis, what kind of effects to use, etc. Sometimes it's a cool idea to just browse through concept art or watch trailers with the sound off and see what sound comes to mind. Or just coming up with a cool, descriptive or evocative name for the sound first can work too. I also try and keep things really clean/minimal. Not just for the sake of the mix but because large projects scare, confuse and frustrate me.

Do you have any production trick that you always use?
I love tape saturation effects, especially on low end stuff. Scream or Audiomatic is really good at this. I also like using ducking on my sends, so you'd send a bass to a reverb, but also to a compressor after the reverb so the effect stays subdued until the bass is silent. Stops things from getting too muddy.

What do you do when inspiration just isn't there?
I stop trying. Seriously there's nothing so frustrating as being surrounded by all the gear and software you could ever want and not being able to make a note with it. So I just do something else, which usually involves drinking tea and watching Star Trek, or sometimes just disconnecting completely and giving myself some silence to re-think what it is I'm trying to do.

What’s your three all-time favorite albums?
Ah! I don't know about all-time but Meshuggah "Nothing", Burial "Untrue" and In Flames "Reroute to Remain" – those albums will never get old!

The three most used devices in your Reason rack?
Thor, Antidote and Kong for sure. If I only had those three devices I think I'd be okay!

What motivates your creative ideas and creative activity?
An over-active imagination and the ability to enjoy my own company haha. But more than anything I just love to tinker and experiment and try new things out. I think I'd be doing it even if it wasn't my job. It's a great feeling to be able to take something from my mind and turn it into something that other people can enjoy!